New Delhi: Coming down heavily on the pro- ultra right wing channel, Sudarshan TV a group of 91 former civil servants on Wednesday demanded strict action against the channel which is known for its brazen anti-Muslim propaganda. They urged the Union Home Minister Amit Shah take action against Sudarshan News for a promo it ran on ‘UPSC jihad’, alleging that there was a conspiracy to ‘infiltrate’ Muslims into the civil services. The show was eventually not aired because of a Delhi high court stay.

They underlined that ‘The broadcast will spread a false belief about a disproportionate increase in the number of Muslims being selected for government services, especially for the IAS and IPS. A recent report in the Indian Express said that “Muslims make up 3.46 per cent of the country’s 8,417 IAS and IPS officers. Of 292 Muslim officers, 160 are among the 5,862 who had selected through UPSC exams.

They also highlighted that the 3.46% in civil services is far short of the percentage of Muslims in the population, which is 14.2%.
Comments made by the anchor, Suresh Chavhanke, in the promo amount to hate speech, the group has said. It should be treated as a “vicious hate campaign to malign a particular religion and community” and appropriate action taken, they continue.
Full text of the letter :‘We are a group of former civil servants belonging to the All India and Central Services who have worked with the Central Government as well as different State Governments of India. As a group, we have no affiliation with any political party but believe in being neutral, impartial and committed to the Constitution of India.

We are raising, through this letter, an urgent issue regarding the proposed telecast of a communally charged, divisive and sensational series by Sudarshan News TV channel. This series claims to be an expose of a conspiracy in the recruitment process that has resulted in a sudden increase in the number of Muslim officers selected for the two most prestigious services in the country, the IAS and the IPS. Jamia Millia Islamia has been singled out in this context. We understand that the Delhi High Court has granted an interim stay on the telecast. However, we feel stronger legal and administrative action is warranted. 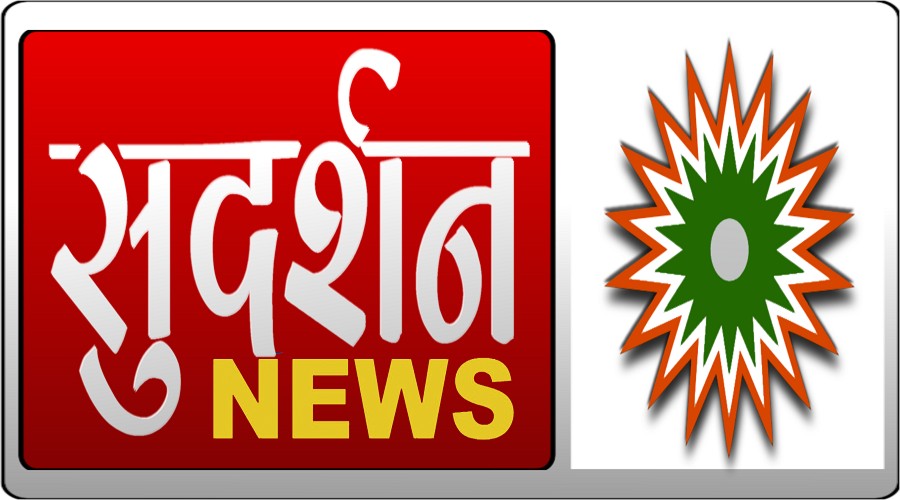 It is completely perverse to allege that there is a conspiracy to infiltrate Muslim officers into the services, or to use terms like UPSC Jihad or Civil Services Jihad in this connection. These communal and irresponsible statements amount to hate speech and are defamatory of an entire community. 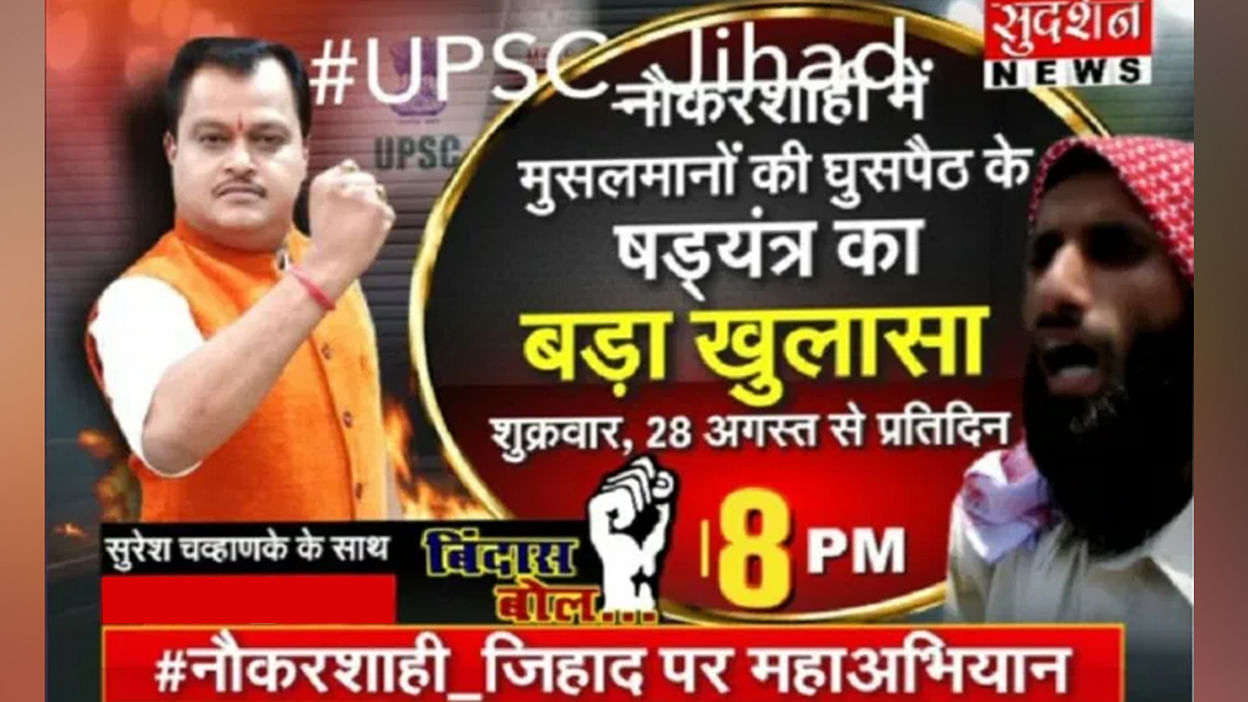 The telecast of the programme, if allowed, will have the following effects:

• It will generate hatred towards the largest minority community in the country, viz. Muslims, without having any basis in fact. The country is already smouldering with hate speech against Muslims, including allegations of Corona Jihad and Love Jihad, which various courts have found to be false. This telecast will add further fuel to that fire.

• It will tar the impeccable reputation of the Union Public Service Commission (UPSC), the premier organisation for civil service recruitment, by claiming that it is biased in its recruitment processes. UPSC’s recruitment processes are widely recognised as being entirely fair, above board and without any bias towards any language, region, religious or other community. The UPSC is one of the few institutions in the country which still enjoys an unblemished reputation for integrity and has enormous credibility both with the government and with the people of India. The telecast will destroy people’s faith in this highly regarded institution.

It will spread a false belief about a disproportionate increase in the number of Muslims being selected for government services, especially for the IAS and IPS. A recent report in the Indian Express said that “Muslims make up 3.46 per cent of the country’s 8,417 IAS and IPS officers. Of 292 Muslim officers, 160 are among the 5,862 who had been selected through the Civil Services examinations conducted by the UPSC, while the remaining 132 are among 2,555 who were promoted to the IAS or IPS from the state civil services on the basis of seniority and performance, which is also assessed by the UPSC. It should be noted that this 3.46% is far short of the percentage of Muslims in the population, which is 14.2%. Over the last forty years, the number of Muslim candidates has been going up and down. In fact, there have been years when not a single Muslim candidate was selected in the IAS, and, therefore, allegations such as these are totally unfounded. Such a telecast may also persuade other caste, linguistic and regional groups to look at their rate of success in the civil services examination, an examination which should be, and is, based on merit. In the process, the credibility of UPSC will be compromised. 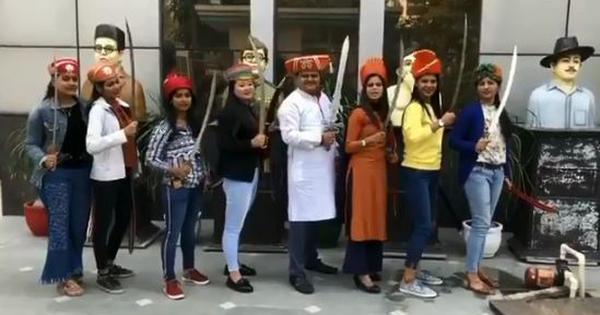 • The use of terms like “UPSC jihad” and “Civil Services jihad” are an attempt to divide the civil administration of the country along religious lines and undermines the excellent contributions made by administrators across the board to the development of India.

In a case filed before the High Court of Delhi a few days ago, the petitioners have urged that offences have been committed under “Sections 153A(1) Promoting enmity between different groups on grounds of religion, race, place of birth, residence, language, etc., and doing acts prejudicial to maintenance of harmony,153B(1) Imputations, assertions prejudicial to national-integration, 295A Deliberate and malicious acts, intended to outrage reli­gious feelings of any class by insulting its religion or reli­gious beliefs and Section 499 Defamation, of the Indian Penal Code”. These alleged offences need to be investigated thoroughly.

In a recent judgement on the same matter, the Supreme Court, while not granting a stay on the telecast of the programme, has stated “We note that under statutory provisions, competent authorities are vested with powers to ensure compliance with law, including provisions of the criminal law intended to ensure social harmony and the peaceful co-existence of all communities.”

We, therefore, urge the Union Home Ministry, the Lieutenant-Governor of Delhi, the Chief Minister, Delhi and the Commissioner of Police, Delhi to order the lodging of FIRs under the relevant legal provisions. We also request the Ministry of Information and Broadcasting and the News Broadcasting Standards Authority of India to investigate whether or not the show would run afoul of the Cable Television Networks (Regulation) Act, read with the Cable Television Networks Rules 1994, and the Code of Ethics and Broadcasting Standards and take suitable action. The National Human Rights Commission, the Minorities Commission, and the Union Public Service Commission are also requested to take notice of this vicious hate campaign to malign a particular religion and community through the propagation of slanted news that will not stand scrutiny by any objective criterion.” 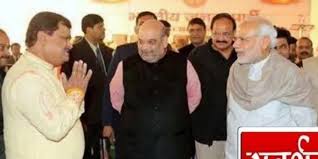