From the construction of Babri Masjid, the first attempt to demolish to the case update in 2020, we provide you every detail in this article right from the start.

With the deadline to complete the trial in the Babri Masjid demolition case approaching, a detailed glimpse on the case that is continued to be fought from years is worth knowing to every Indian.

Though the Ayodhya dispute was settled by Supreme Court in November 2019, the criminal case against BJP and RSS for demolishing the mosque in 1992 is still under process and in the final stages of trial in the Lucknow court.

Have a glance on the case right from the construction of the mosque in 1528 to first demolition attempt to laying the foundation stone under Rajiv Gandhi Government. The case has been circulating in between the lower courts, Allahabad High court and Supreme Court. 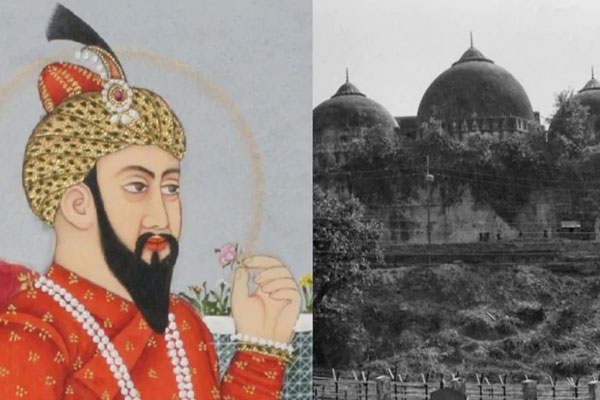 The Hindus claim that the mosque has been constructed on the foundations of a temple, which was constructed to commemorate the birth place of Lord Rama.

In 1949, idols of Lord Ram appeared inside the mosque or were placed by the mughals. This has led to wide spread protests from both sides and cases were filed.

The government has declared the site to be disputed and locked it up.

In 1984, The Vishwa Hindu Parishad formed a group and continued the Ram Janma Bhoomi movement. L K Advani was made the face of this movement for the construction of grand Ram Mandir in the state.

In 1986, orders were issued by the Faizabad court to open the gates of the disputed land so that Hindus can pray.

Rajiv Gandhi and the Shilanyas

In 1989, Prime Minister Rajiv Gandhi allowed the Vishwa Hindu Parishad to conduct a ceremony called Shilanyas – laying of foundation stone, just before the commencement of parliamentary elections. This was a time when Hindutva was growing at an unprecedented pace.

In 1990, L K Advani conducted a Rath Yatra to garner support from people to build a Ram Temple in the disputed site. In the same year, VHP volunteers tried to damage the Babri Masjid. Mulayam Singh Yadav was the Chief Minister of UP at this time.

In October, Mulayam ordered to open fire ata Hindutva mob who were marching towards the site which led to the death of 16 karsevaks.

In 1992, the disputed structure was brought down by Karsevaks. Two FIR’s were registered on the same day. One was on thousands of Karsevaks and the second on BJP, VHP and RSS. 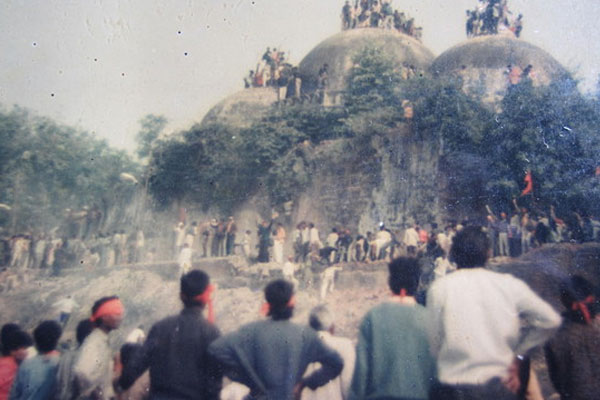 10 days after the demolition, on 16 December, a sitting judge of Punjab and Haryana court, M S Liberhan, is appointed to submit a report on the series of events which led to the demolition.

The report was submitted over a decade and a half later, given the timeline for 3 months by the government.

A notification was issued by the government in 1993 to move the trial of these cases to a special court in Lucknow and one of the cases was assigned to CBI.

A month later, CBI files a charge sheet saying the two cases are interlinked and revealed the names of more people involved in the demolition, Kalyan Singh, Bala Saheb Thackeray, Dharam Das and others.

The special judge in the Lucknow court passed an order stating that there was a prima facie against all accused persons for framing charges of criminal conspiracy.

This lapse was used by L K Advani and others to remove the charges against them. The court separated the two cases and gave them to a special court in Bareilly.

CBI filed a supplementary charge against the eight accused but they were not able to get the details of the conspiracy to destroy Babri Masjid. So, the Bareilly court dismissed the charges against L K Advani there was not enough proof for him to stand trial.

The Allahabad high court keeping aside the order of Bareilly court, restarted the trial without criminal conspiracy.

In 2009 Liberhan commission submits its 90 page report stating BJP, VHP, Atal Bihari Vajpayee, L K Advani for their role in the events that led to demolition of the mosque.

In 2012, CBI finally approaches Supreme Court and made a renewed argument for trial in all the cases.

The apex court issued notices to BJP leaders to respond to CBI plea and not drop charges against them.

The apex court has clubbed all the cases and sent back the case to Lucknow court. It gave a deadline to the Lucknow court to complete the case by August 31, 2020.