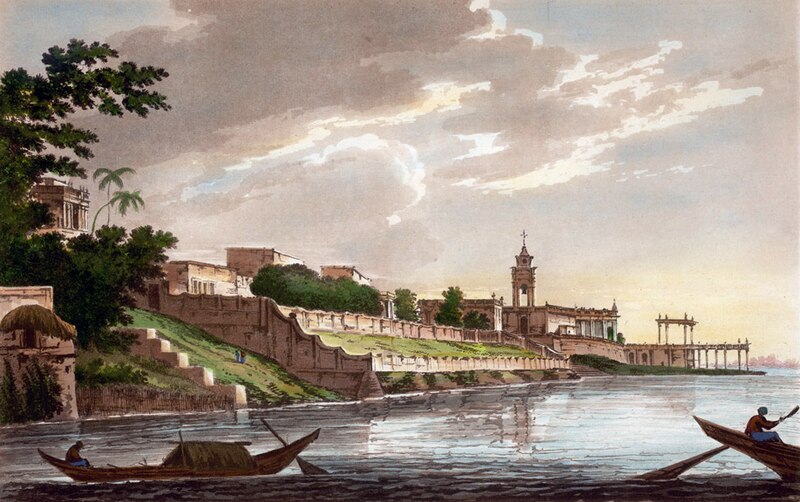 It happened when the biggest and the most valuable company in the history of the world was brought down (among other things) by a royal Malayali from India. 
There was a moment in history when the Vereenigde Oost-Indische Compagnie (VOC) or simply the Dutch East India Company was the most well funded and powerful Business, military and naval force in the world.
Established in 1602, it had a virtual monopoly of the global spice trade for most of the 17th century and was the first truly multinational corporation in history.
It had a great run and was the Apple or Google of its day – only more successful, profitable- paying on average, an 18% dividend for almost 200 years
Adjusted to inflation, it had the market capitalisation of over 7 Trillion Dollars (in today’s money) – making it perhaps the most valuable company in the history of companies. 

The Dutch made most of their money from India – By the early 18th century, the Dutch economic and political power in southern India was at its peak. The Dutch had thrown the Portuguese out, defeated the Mighty Zamorins of Calicut and even sadly turned the powerful kingdom of Kochi into a Vassal State where the crown even bore the Dutch emblem of VOC.

The Dutch East India Company is dead today – in large parts, thanks to this patriotic powerful Indian from Kerala. 

Among the many mistakes that ultimately lead to their downfall, perhaps the biggest was committed by Dutch Governor Gustaaf Willem Van Imhoff in 1739. 
During the ensuing negotiations between Governor Imhoff and Marthanda Varma, the ruler of Travancore, regarding the Dutch interests in Kochi, when Governor Imhoff threatened Marthanda Varma, that his forces will rake Travancore down to dust.
In his reply – Varma quipped simply:
“With all due respect to you sir, then I will certainly invade Holland, mark my words .”

Obviously miffed, the Governor of the Mighty Dutch empire walked off from the meeting, determined to teach this local king of a small Indian kingdom a lesson.
Soon, a large contingent of Dutch artillery forces landed in Colachel, lead by Captain Eustachius De Lannoy. Their intention was to make a quick dash and capture the capital of Travancore – Padmanabhapuram.
On the 10th of August, 1741, both Armies met in the now famous Battle of Colachel.
Within no time, the Dutch faced a crushing and decisive defeat – most of their soldiers fled and their commander, Eustace De Lannoy was captured along with his deputy. 
Marthanda Varma forced the Dutch to sign a peace treaty, taking over most of the Dutch forts in the Malabar region of India and bringing to an end, the Dutch monopoly in the Spice Trade with India.
What’s more, Marthanda Varma even made Eustachius De Lannoy join his forces as a trainer and used him to modernise the Army of Travancore – which later became the Madras Regimentof Independent India.

The Dutch Black Pepper trade monopoly was taken over by the State of Travancore – which made them rich then and now!
In case you wonder how rich – Marthanda Varma re-consecrated an old Temple of Lord Padmanabhaswamy (Lord Vishnu) and regularly donated to it in his lifetime. 
Recently, 5 of the 8 sealed chamber Vaults of this temple were opened by the authorities – which yielded a “smallish ” treasure in Gold and Jewels, estimated to be worth a little over USD 22 Billion (making it the richest institution and place of worship in the world). Experts believe that the remaining sealed vaults hold treasures worth a Trillion dollars 

While Marthanda Varma, an Indian, had his life moment in world history – our disgraceful Indian Historians didn’t think of his achievements as important enough to even deserve a mention in our school textbooks.