Expressing solidarity with Hathras victim family, the Indian American Muslim Council (IAMC), said the brutal gang rape of a Dalit (formerly known as untouchables) girl, her subsequent death in Uttar Pradesh, refusal of the government to take her rape claim seriously and the manner in which the state police forcefully cremated her body is shocking.  The American grou the Indian   government must ensure justice to Dalits in Hathras rape case.

A 19-year-old Dalit girl was gang-raped on September 14 by four men belonging to the influential Thakur caste near her house in a field in a village in Hathras district in Uttar Pradesh, 124 miles away from India’s national capital Delhi. She died two weeks later in a hospital in Delhi after suffering paralysis due to severe injuries to her spinal cord, leading to nationwide outrage and protests.

Instead of protecting the family of the girl and bringing the perpetrators to justice, the administration of Uttar Pradesh, led by a Hindu Nationalist, Adityanath who belongs to Thakur caste, said the dalit girl was not raped. His government ordered that polygraph and narco tests would be conducted on her family.

In a statement,  Ahsan Khan, president of the Indian American Muslim Council said ,“The Uttar Pradesh government led by Adityanath should be ashamed that it failed to protect the girl. Barricading the village of a grieving family, locking the family in a room and cremating the girl’s body without consent of her family, shows how insecure the Adityanath government is. 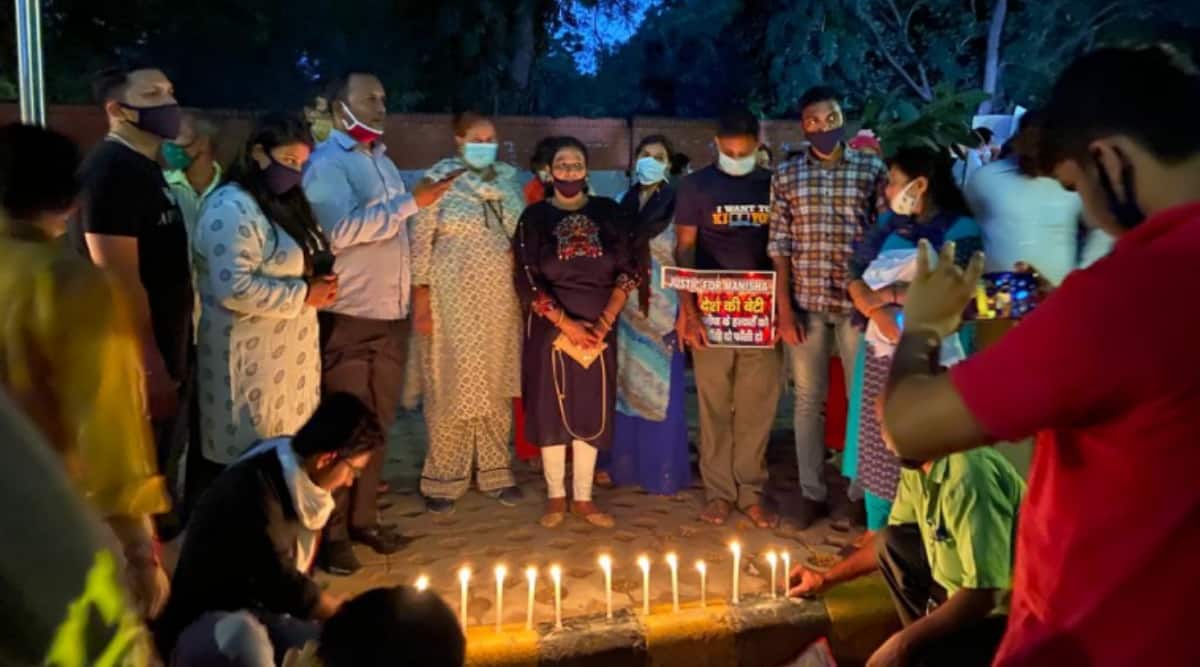 “The fact that the perpetrators of this brutal and horrendous act belong to the same cast as Adityanath’s, gives a clue as to why his government failed to protect the girl and why he is yet to ensure swift justice in the case,” he added.

This is not an isolated incident, as another Dalit woman, aged 22, was raped and killed in the most shocking manner just few hundred miles away from Hathras on Tuesday. She was cremated the very next day. More than 500 dalit women were raped in the state of Uttar Pradesh under Adityanath regime in 2019. Of total 32,033 cases of rape reported in India in 2019, Uttar Pradesh alone accounted for about ten percent of the cases.

Mr. Khan demanded that the Narendra Modi government must step in to ensure justice to the aggrieved family. “Adityanath government has refused to accept that the dalit girl was raped, despite medical and legal experts confirming the crime. It would be naive and preposterous to expect him to ensure justice.”

According to “The Wire”, Yogi government hired a public relations firm to push the narrative that the “Hathras dalit girl was not raped” in the foreign media.

“It is outrageous that Adityanath government wants to force the victim’s family to take narco and polygraph test along with the perpetrators. It is evident that the state is not serious about bringing culprits to book but wants to punish the victim’s family and those protesting against the crime,” said Mohammed Jawad, the national general secretary of the IAMC.

“The statements of the police and Adityanath made it clear that they will focus less on the Hathras crime and its perpetrators, and more on the alleged “conspiracy to push the state into caste turmoil,” added Mr. Jawad.

“Police brutality in this case is very much sanctioned by the Yogi government which encouraged and provided impunity to the state police in killing members of Muslim and lower caste in illegal encounters. There is no distinction if the police is the protector or the oppressor of the people it is supposed to protect” said Mr Khan.