BJP has nearly finished the main opposition party; the Congress. And all other major regional parties are so weak, broken and fragmented that they cannot face the challenge posed by the aggressive Hindutva political regime.

The entry of BJP into the corridors of power in 2014 and securing its position in 2019 with even a bigger mandate should not be surprising to somebody who has closely witnessed the rising tide of Hindutva in the wake of Babri Masjid demolition in 1992, the Gujarat pogrom in 2002 etc, and to whom especially who has been reading the RSS ideology and its modus operandi since 1947 onwards.

RSS was formed in 1925 by Keshav Baliram Hedgewar, (1 April 1889 – 21 June 1940) a Brahmin from Nagpur. It takes inspiration from Savarkar, Madan Mohan Malvia, Bal Gangadhar Tilak, Bankim Chandra Chatterji (the composer of Vande Matram song) and others.

Its ideologues are admirers of Hitler of Germany and his Nazism. In the beginning, they were politically outcast in India because they were opposing Congress and the freedom movement and were seen as apologists to the British rule in India. After Gandhi’s assassination by Nathoram Godse, a Hindu fanatic and an ex-member of RSS, it was banned for a while.

After that tragedy, they changed their strategy. They started working as a cultural organization. RSS became an umbrella organisation and built a very large set up of different organizations. For example Shisho mandirs, Mazdur Sahngh, some teachers organizations, centres for training bureaucrats (Sanclup for instance), platforms to recruit retired army men to train RSS cadres. They created a large network of workers and volunteers who worked among Adivasis, Tribals, Dalits and poor people etc. So their modus operandi has been a comprehensive one, meant to address all sections of Hindu society. 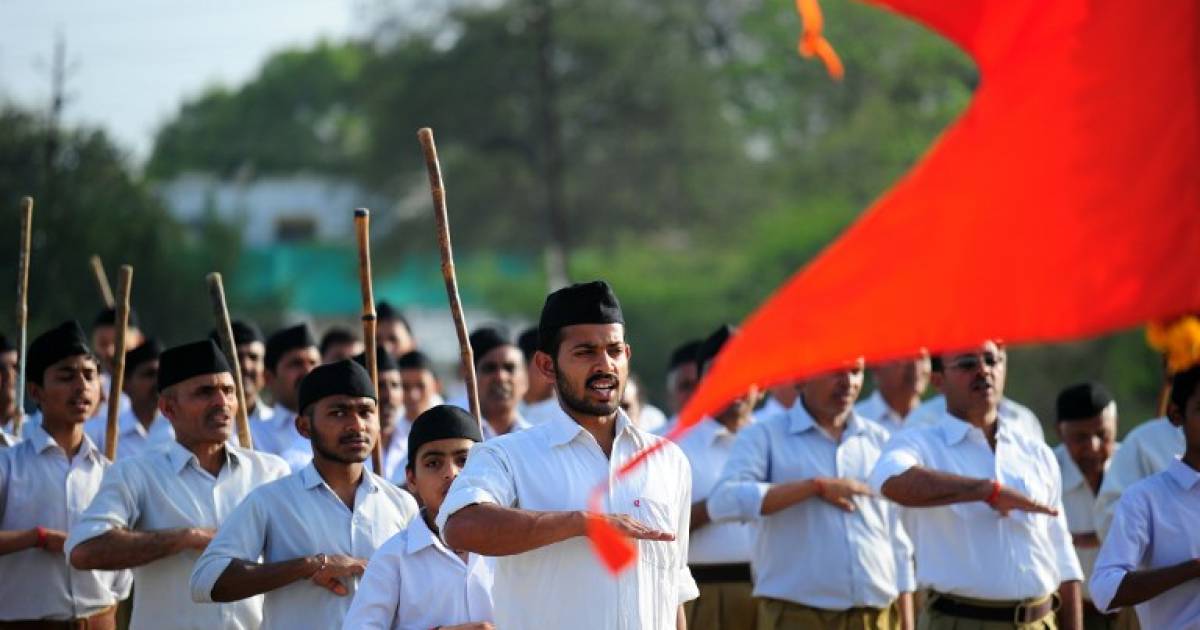 With these ways and tricks, they have been penetrating in colleges, IITs, IIMs, judiciary, police, army, and more importantly in media houses. So we can safely and arguably say that the RSS people didn’t leave any stone unturned to penetrate, and thereby influence every and each walk of life in the country.

Now we have ended up at the point where BJP, the political wing of the RSS, is claiming to have 100 million registered cadres. It may sound an exaggeration and a hyperbolic statement, so let us reduce it to just half of this number for the sack of argument. Now with 50 million cadres, whenever elections are held, be it at national or state level, the BJP can easily sweep all the political opponents in one go as it is the trend since 2014. 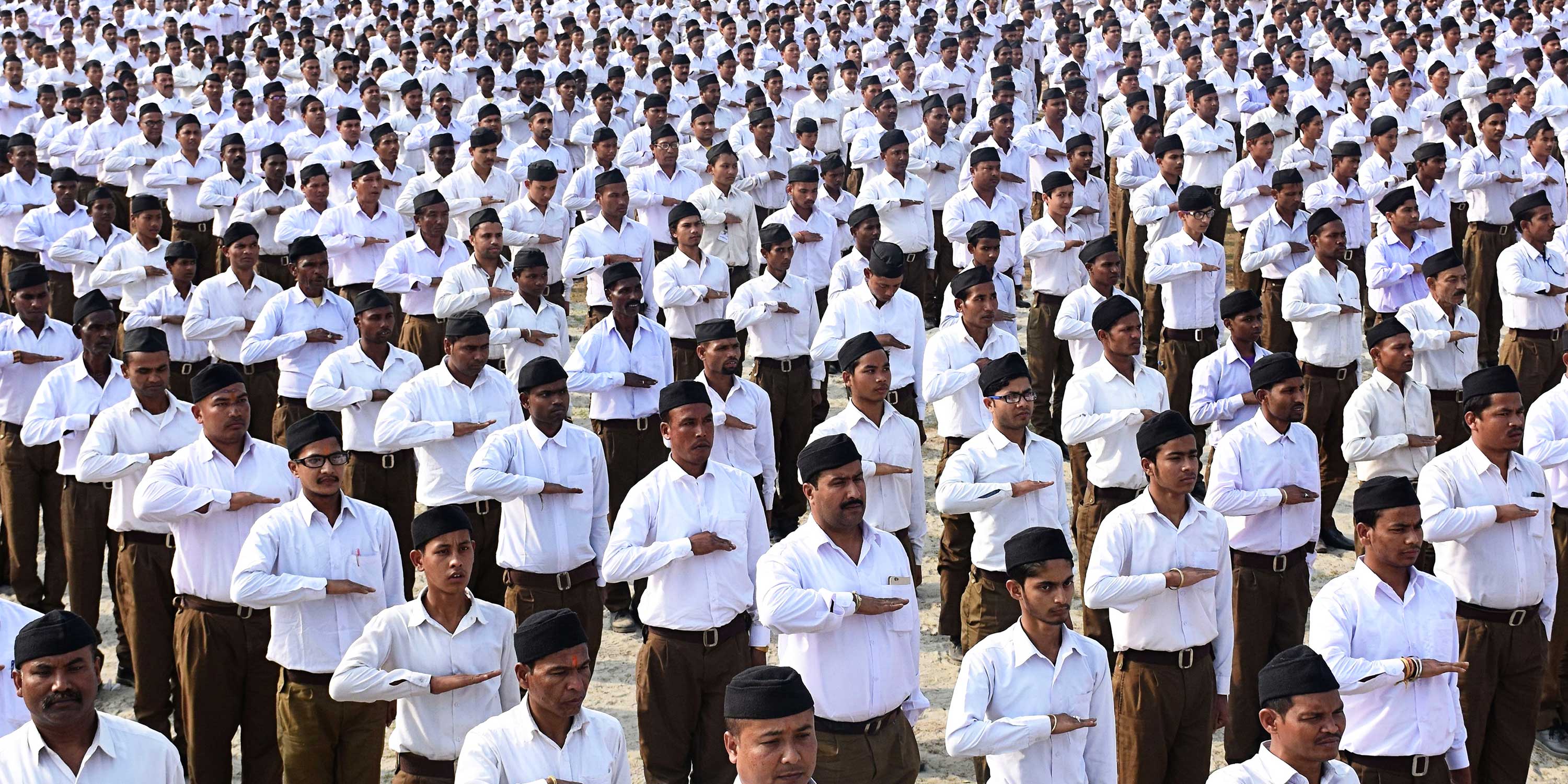 BJP is being supported vehemently by the RSS, its affiliated bodies, and its financers including most of the Indian business houses. Moreover, it has created new political equations too. For instance, it broke into the bastions of Dalit and OBC votes by attracting massive votes from OBC people. Because Modi government at the end of its first tenure, as some media reports suggest, did manage to deposit the promised money directly into their accounts for getting gas cylinders and building toilets in their houses all over the country. The government especially deposited the promised money into the accounts of highly poor people, who are uneducated, less privileged and misinformed.

The government was not taking these welfare measures for these downtrodden sections of the society, out of love of them, instead, it was doing and will keep doing the same again and again for marketing its welfare activities, advertise its agenda thanks to the full media support, and thus garnering their votes. So that, riding on their voting wagon it may be voted in every time and be strong enough to execute its sinister hardcore Hinduttwa agenda.

This is why BJP has successfully nearly finished the main opposition party; the Congress. And all other major regional parties are so weak, broken and fragmented that they cannot face the challenge posed by the aggressive Hindutva political regime.

Muslim organizations like JUH [Jamiat Ulama-e-Hind] and JIH [Jamaat-e-Islami Hind] have also failed to do anything commendable.

Both of them have ended up having built some schools, a few colleges, and some hospitals. Institutes of higher learning established by both of them can be counted on your fingers. JUH only focussed to have maintained its control and influence in old type madrasas, which follow the obsolete educational Darse Nizami system, which can only help you to sustain your monopoly on the rigid religious mind and cannot enable you to have a say in the modern society. Yes, JUH should be praised for the legal help it has been providing to innocent Muslim youths who are incarcerated in wrong cases in the country.

And not only Muslims, but other minority groups, except the Sikh community, and political opposition, communist parties, Congress, social groups etc, all have failed miserably in this regard.

To fulfil its goal what RSS did during the past 70 years, should be an eye opener for its opponents.