Based on reliable information a team lead by FDO WLM Kinnerasani (Damodar Reddy) inquired a suspicions person near Kothagudem and on verification staff have recovered 10 pangolin scales wrapped in a polyethene cover from him and took him in to custody and on further enquiry he revealed his name as Badavth Ravi R/o Kothagudem and confessed that he had purchased these scales from a person in Bhadrachalam in Chintur for Rs.10,000/- and was proceeding to Chandrapur to search for a buyer while he was arrested and during further investigation he further confessed that 5 pangolin scales are available with Shaik rafi R/o Guntur who along with Ramchander Karmakar R/o Hyderabad and Soma Mani Prasad R/o Hyderabad are planning to sell pangolin scales in Hyderabad. 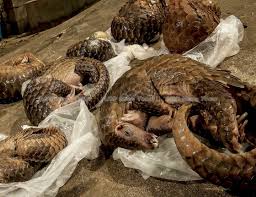 Further, based on this information a team coordinated by FDO Kothagudem(Appaiah) and FDO WLM Kinnerasani was sent from kothagudem and coordinated with DFO Vilillance ( Ramana Reddy) and staff took in to custody Mani parasad R/o Hyderabad, Shaik Rafi R/o Guntur and Ramchander Kaumakar R/o Hyderabad along with 5 pangolin scales with them. On inquiry they revealed that the pangolin scales have got more demand in market and Shaik Rafi purchased from Bujji in Lambasingi, AP for three lakhs and on suggestion of Mani prasad and Ramchander Karmakar he reached hyderabad to sell the pangolin scales for Rs.40 Lakhs while they were arrested on 31/08/2020.

And they further confessed that 1 scale was present with Dileep das R/o Hyderabad, based on this information Dileep das was arrested in Hyderabad on 31-07-2020. During inquiry Badavath Ravi (A1) confessed that Suni R/o Pollur, Mothugudem mandal also called him over phone and informed that he was having 1.7 Kgs pangolin scales for sale which are kept in Bhadrcahalam, based on this information team lead by FDO WLM Kinnerasani and FDO Bhadrachalam ( Babu) along arrested 2 persons Sunil R/o and Payam Narsimha R/o Oddugudem, Mulkalpalli, Kothagudem in Bhadrachalam on 01.08.2020. On inquiry they confessed that the pangolin was killed by a trap one year back which was kept in farms near oddugudem village of Mulkalpalli mandal near forest by Payam narsimha and scales were kept safely by him so that he would gain monetary benefit by selling those. 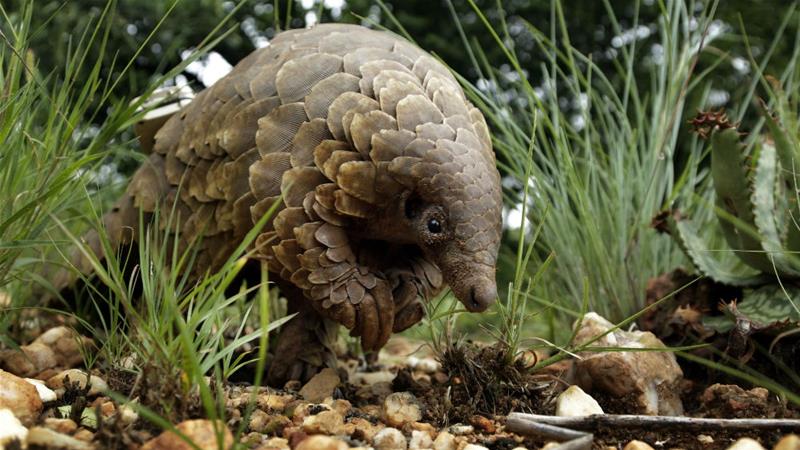 Further they confessed that scales were also available for sale with Kompelli Nagaraju R/o Paloncha and accordingly he was arrested on 01.07.2020 along with bike and he confessed that he was trying to mediate the sale of pangolin scales which were available with Jarpula Haribabu R/o Paloncha, based on this information Jarpula Haribabu was arrested along with 1.4 Kgs of pangolin scales and a trollu auto and he confessed that scales were purchased through Borra Chanti R/o Pillavagu village, Paloncha and Soyam Ramchander Rao, R/o Arlapenta Dammapeta mandal from Vaggela srinu R/o Arlapneta, Dammapeta mandal who killed pangoiln in Tirumalkunta reserve forest 5 months back. Based on this information three of them were arrested on 02/08/2020.

Further, as of now 12 persons have been arrested and remanded in Khammam sub jail by FRO Chnadrugonda ( Srinivas Rao) In this case and further investigation in in progress.