Bhiwandi (Thane): In a unique initiative, a mosque in Bhiwandi town in the suburbs of Mumbai has been converted to a make shift facility providing oxygen free-of-cost to those diagnosed with COVID-19. 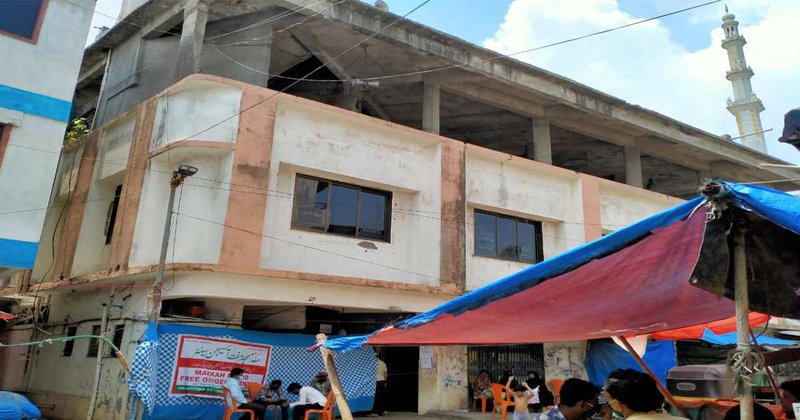 Bhiwandi’s Makkah Masjid which has been converted into a free oxygen centre by Jamaat-e-Islami and others The facility was set up by the local chapter of Jamaat-e-Islami Hind (JIH), Movement for Peace and Justice as well as Shanti Nagar Trust at Makkah Masjid in Shanti Nagar area in East Bhiwandi, which has recently seen a spike in COVID cases. The facility currently has five beds with oxygen cylinders attached with them to assist the patients facing difficulty in breathing. Additionally, JIH has also started a free-of-cost service to provide oxygen cylinders to patients at their homes. 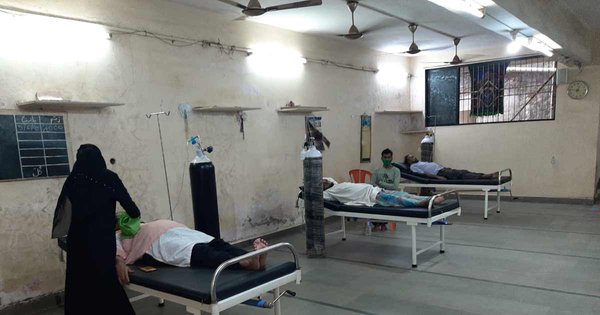 Bhiwandi-Nizampur area has recently recorded an acute surge in Coronavirus outbreak with more than 1,332 positive cases and 88 deaths. It also has one of the highest mortality rates of 5.26% across the state. The sudden rise in infectious disease has put a strain on the city’s healthcare system, which lacks adequate treatment and quarantine facilities for the patients. The local civic body has imposed a lockdown in the entire town till July 3.

“Bhiwandi-Nizampur has been hit the hardest by Coronavirus. It’s a very congested city, resulting in the rapid spread of the disease. As it is, the city has a poor health infrastructure, and now even several general practitioners have shut their clinics due to fear of infection. A vast majority of people in the city lack awareness about the disease and are unable to afford treatment. Hence, we decided to start this facility to do our bit in these trying circumstances,” said Ausaf Ahmed Falahi, president, JIH Bhiwandi. 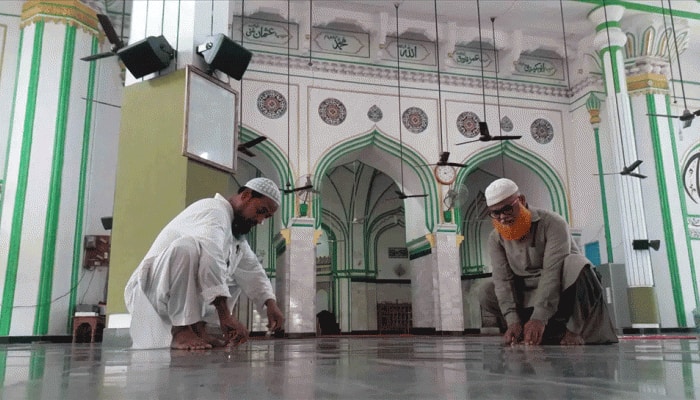 So far more than 70 patients have benefited from this facility, while an additional eight patients have been provided 15 cylinders at their homes. People from all the religions and caste have been availing the facility.

“Khidmat-e-khalq (Service to humanity) is one of the basic tenets of Islam. A mosque is not merely a place of worship. Rather, its’s supposed to be a community centre working for the welfare of the people living in its vicinity. Makkah Masjid was shut to the worshippers and was lying idle due to the pandemic and the lockdown. Hence, we decided to use some of the premises of the mosque to help those who can’t avail treatment facilities elsewhere,” said Qaiser Mirza of Shanti Nagar Trust, which runs the mosque. (PR by Jamaat-e- Islami, Hind , Maharashtra)