Every now and then a local community “leader with predilections towards Hindutva comes forward with a claim that a particular mosque was built on the site of a razed temple”. Facts don’t matter to him much neither do they to his cohorts who spread the message ferociously on whichever social media platform they are on. In the era of half-truths and hoopla, this list of mosques that have turned into Hindu temples has been compiled to give a new dimension to the Mandir-Masjid debate.

This is not an exhaustive list, these are just the most prominent and relatable examples of Muslims mosques that are being used as Hindu temples.

These structures which were originally mosques are being used as temples despite the fact that some of these are state-protected monuments by their respective states and their “switch” to a temple happened in the last 70 years or less – well after it was documented as a mosque and is not merely based on hearsay.

So the next time anyone makes the rather obnoxious statement about the Taj Mahal being built on the site of a Hindu temple show them this; maybe then they will be more appreciative of India’s pluralistic ethos.

The town of Farrukhnagar in Gurugram District was founded by Mughal Governor Faujdar Khan in 1732 AD. It was named after the Mughal Emperor, Farrukhsiyar. Soon after the town’s founding, Faujdar Khan was proclaimed the Nawab of Farrukhnagar and imposing structures started to spring within the town’s borders. One of these structures was the Jama Masjid. This was the principal Friday mosque of the city where all the Muslim inhabitants would gather and pray their Friday prayers. Historian Rana Safvi writes that the mosque was converted into a temple and gurudwara following the arrival of refugees from Pakistan. One of the mosque’s minarets still stands tall today though in a decrepit condition. 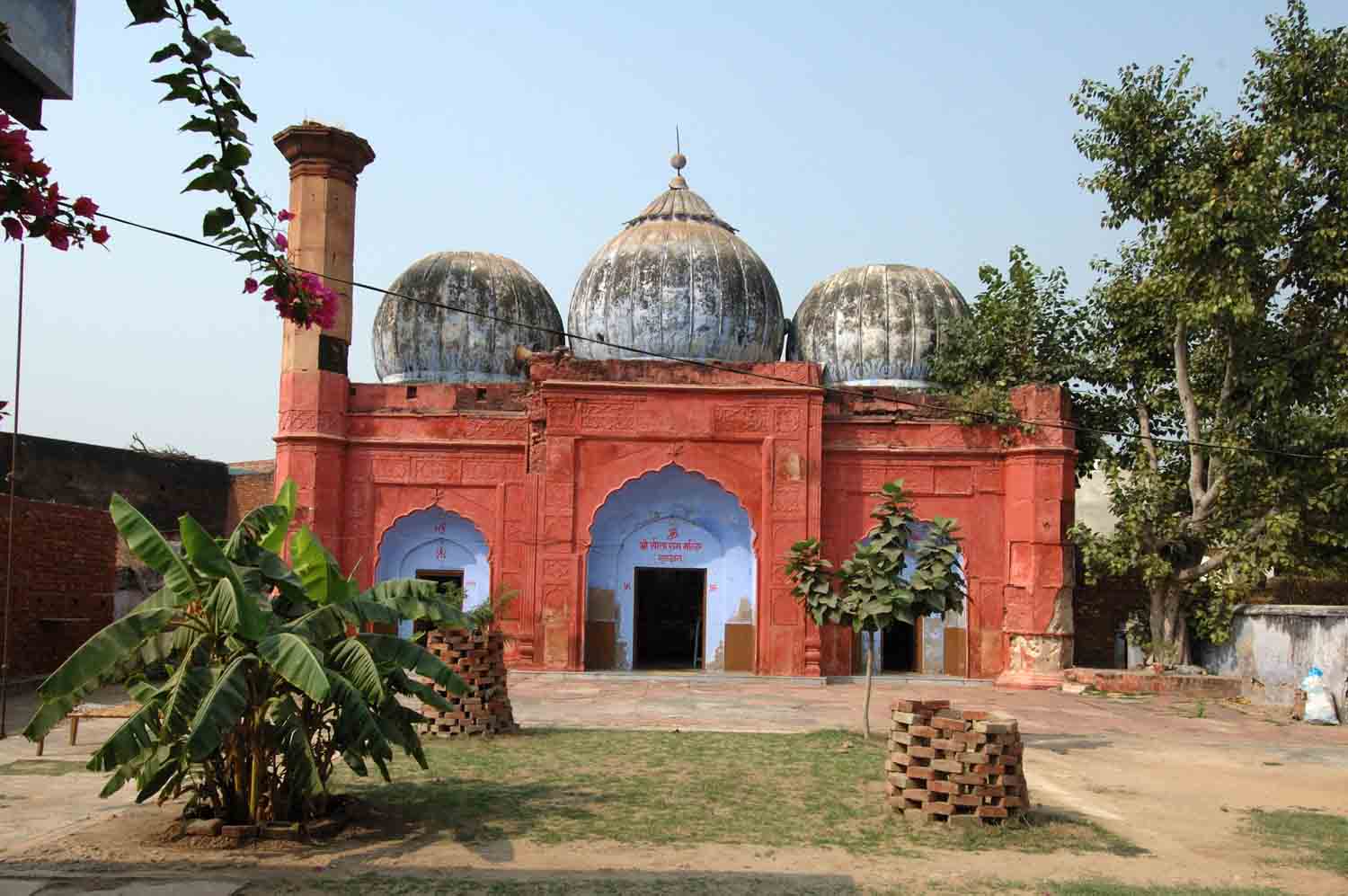 Qutbuddin Mubarak Khilji, the son of Alaudin Khilji, ordered the construction of a massive mosque in the early 14th century in the majestic fort of Daulatabad as his empire expanded southward. It was so large in size that it was once one of the biggest mosques within the realms of the vast empire of the Khilji Dynasty. The mosque continued to be in use for centuries after its construction. There is no record of exactly when, but an idol was installed in the mihrab (prayer niche) of the mosque. Thereafter locals began worshipping there and the grand mosque started to be called Bharat Mata Mandir. 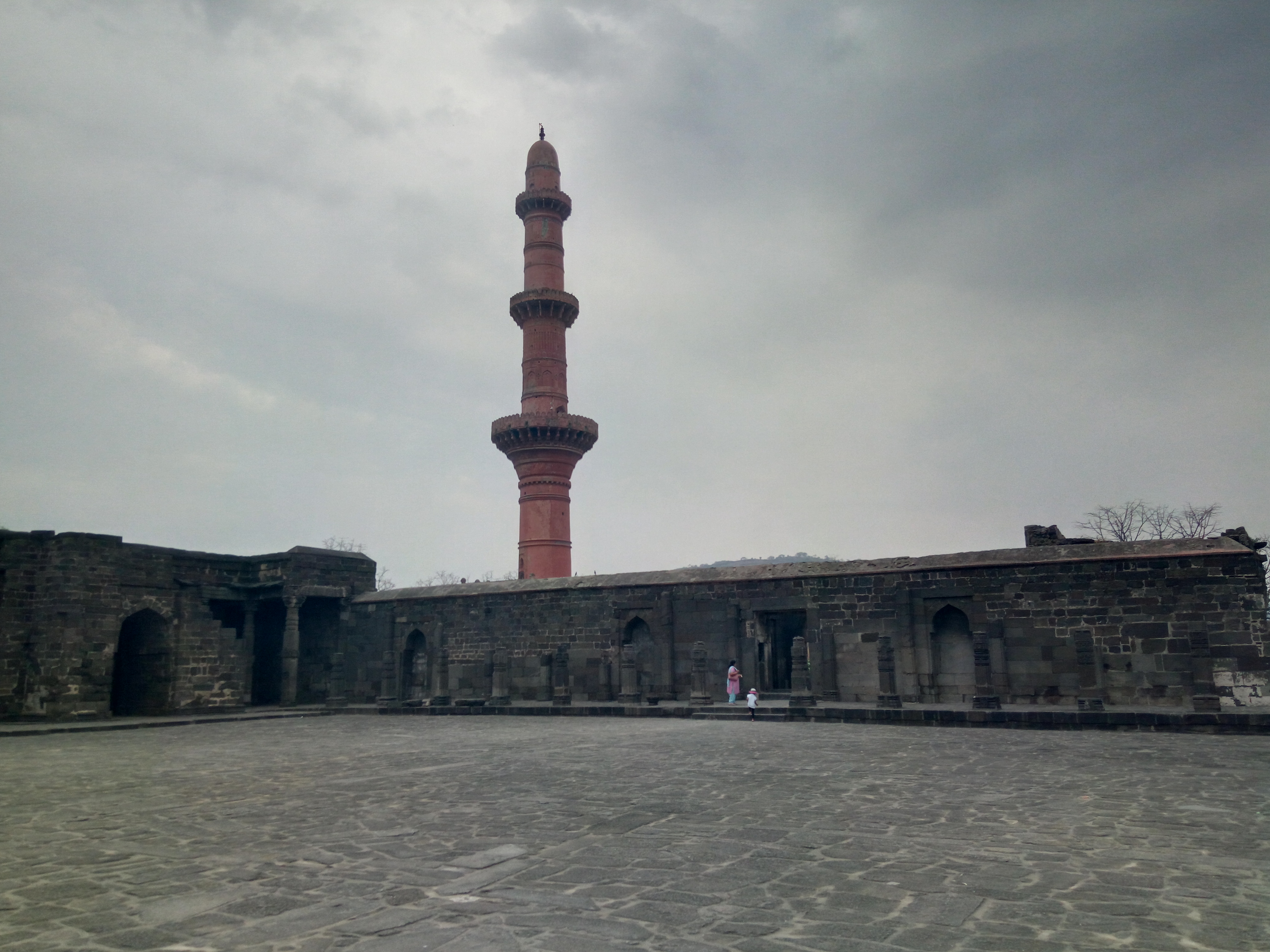 Hisar once boasted of a large Muslim population. The city is home to several Islamic monuments with some of the earliest ones dating back to the rule of Firoz Shah Tughlaq (1351 to 1388 AD). As is customary to the tombs of saints, mosques are erected next to their tombs. The Dana Shir Mosque is no different as it was built next to the tomb of Dana Shir Bahlul Shah. Despite being used as a temple from right after Partition the structure still looks like a mosque with its three large domes dominating the horizon. 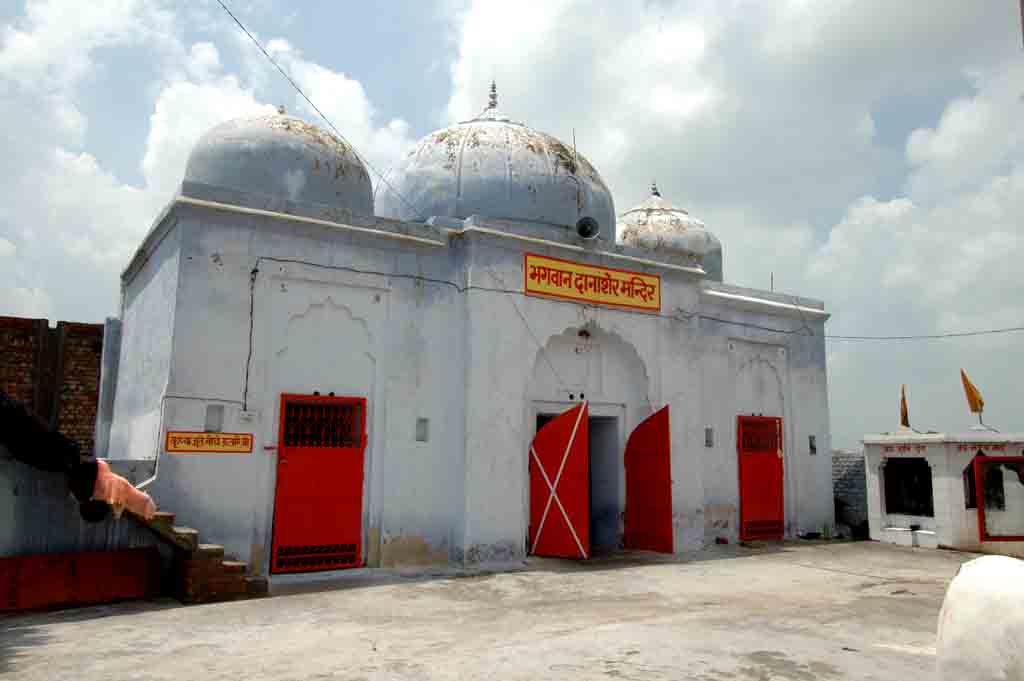 The most prominent tourist sites in Sonipat are its Mughal and pre-Mughal era Islamic monuments that include the tomb of Khwāja Khizr, ruins of an old fort and the Jama Masjid that is now being used as a Durga Mandir. Notwithstanding the fact that it is currently being used as a temple, locals still refer to it as Badi Masjid (big mosque). The exterior of the structure has hardly been altered and it continues to be flanked by two towering minarets. The interior of the mosque, however, has undergone several modifications but the intricate design on the main central dome that the mosque was renowned for remains. The mosque is believed to have been constructed in the early part of the 19th century. 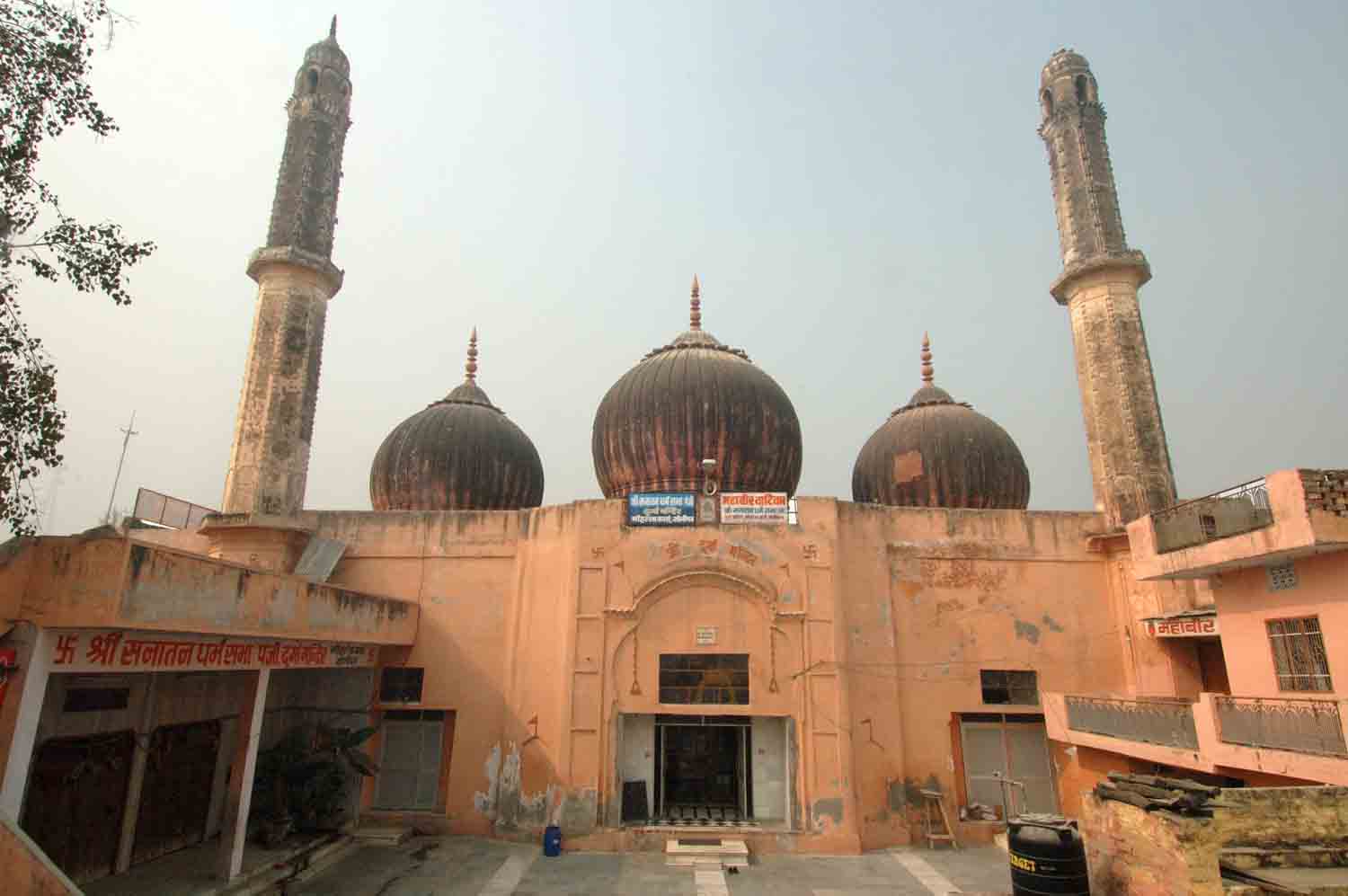