Hyderabad, June 24::  BJP strongly condemns criminal negligence of TRS government in dealing with COVID19 pandemic in Telangana state.With reprehensible and irresponsible behaviour of both the Health Minister and the Chief Ministers of Telangana state is on its way to top the charts of COVID19 infection rate and death rate in India.

As per Arogya Sethu data, and going by the ratio of the number of infected who are quarantined in the state, to the rate of infection, India-in -pixles a statistical agency has rated Telangana state as the second most risky state for ‘community transmission in India’. Delhi tops this list with 143 percent risk of community transmission, while Telangana state stands second at 122 percent BJP demands answers from CM KCR and the State Health Minister Etela Rajender on the measures being undertaken by the state government to contain the rapid community transmission of COVID19 in the state. 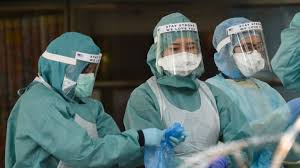 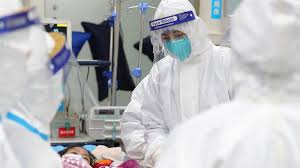 Going by the rate of new COVID19 cases being reported daily, if the TRS government continues to behave irresponsibly, BJP is certain that the state is headed towards a massive public health disaster.

BJP demands CM KCR to call for an all party meeting immediately, to take the opposition parties into confidence, and prepare a plan of action to contain COVID19 spread in the state of Telangana.

Main intention is Brahmin welfare schemes should be reach to every Brahmin door steps: Jitender Rao