Babri masjid will be remembered as mosque with black judgment on that has made it a Ram temple.

Turkey has come out with an official clarification to those protesting against its government’s decision to convert Hagia Sofia, the world famous monument into a mosque in Istanbul.

Hagia Sophia was built a Church under Byzantine rulers in 537 AD. It was converted into Great Mosque of Ayasofya in 1453 when Ottomans conquered Turkey. In 1931 Turkish nationalist leader Mustafa Kemal Atatürk first President converted the marvel structure into a secular museum.

In a recent development Turkey’s current President Recep Tayyip Erdoğan has passed an order to revert the Hagia Sofia into Great Mosque of Ayasofya. The first prayers in this grand mosque will be held on Friday July 24 2020 after almost 85 years.

The decision of the Turkish government has turned heads worldwide more so in the Christian world that pointed fingers at President Recep Tayyip Erdoğan taking Turkey to the medieval age.

Critics called this move of the Turkish President as clash of civilization between Islam and Christianity. This controversy has echoes is India, with Hindu radicals are holding the tail coat of the Christian protestors. The Hindutva radicals joins the hurt feelings of the Christians in this clash Civilization as it fits into the political design of anti-Muslim, anti-Islam project that is currently underway as a “Lok Abhiyan” in India.

Some apologists refuse to see it as an internal matter of Turkey and have jumped into the Clash of Civilization debate and equate the development of conversion of Hagia Sofia museum into Ayasofya Mosque in Istanbul with the conversion Babari Mosque‘s into Ram temple in Ayodhya. 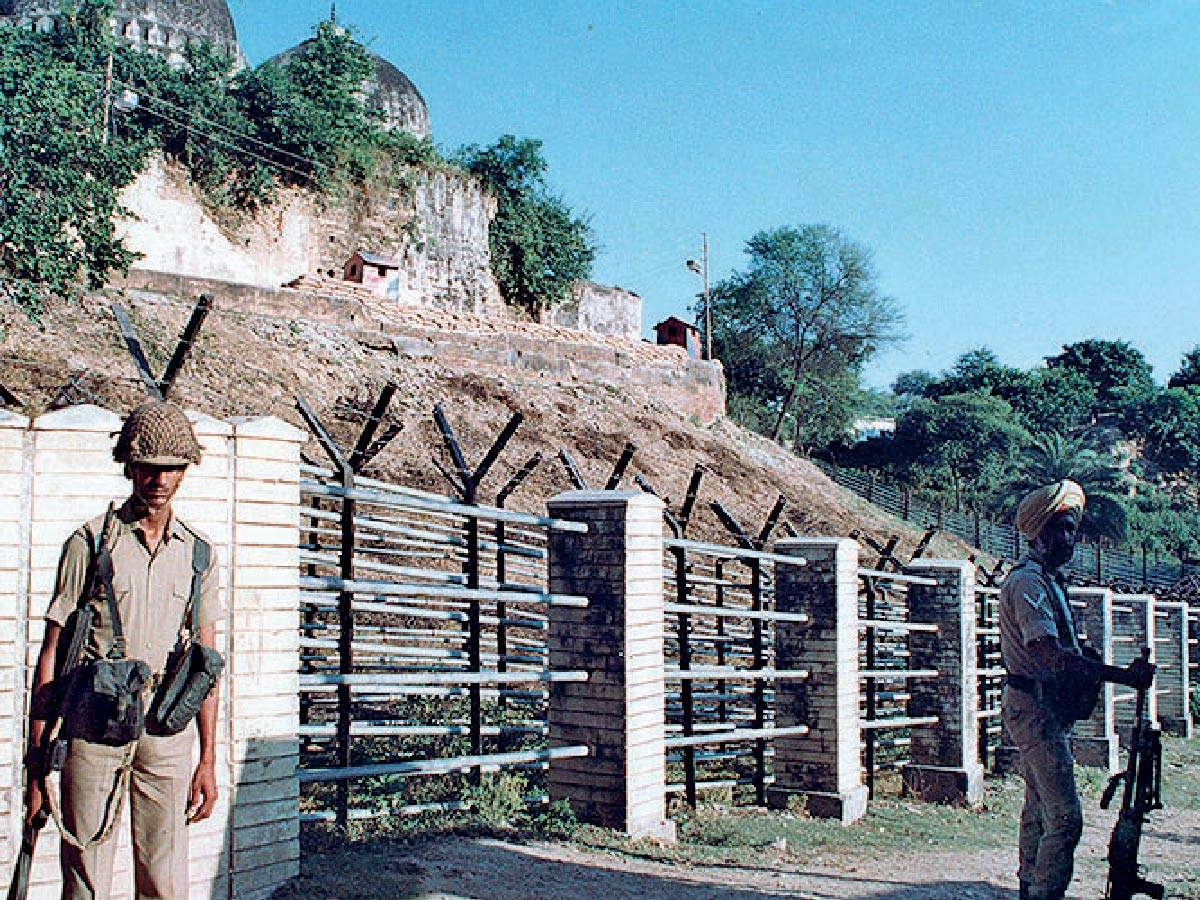 There are some who try to read the conversion of Hagia Sofia museam into a mosque by President Recep Tayyip Erdoğan as an attempt to replicate “Jai Sri Ram Model” of India to remain in power in Turkey.

Putting an end to the dominant narrative on Hagia Sofia, the Turkish Foreign Minister L Abu Bakr has issued a press note on the subject which is an eye opener to the world and also to the judicial and political elite of India, who colluded to deny Muslims their rightful ownership of their house of worship.

Turkish Foreign Minister L Abu Bakr has claimed that Sultan Muhammad II also known as Muhammad Al- Fateh, after opening the gates of Constantinople (Istanbul), offered the Pastor of Church Hagia Sofia to buy the building as an individual purchaser of the said property.

The Turkish Foreign Minister L Abu Bakr released the sale deed or purchase contract with the photos and copies of documents associated with it. The Turkish government manually reviewed 27 thousands documents and found the original title deed (Tabou) that exists in the name of buyer Abu Al- Fateh also known as Sultan Muhammad II.

The copy of the sale deed document that was executed at that time was released by the Turkish Minister. It stated that the buyer Abu Al- Fateh has bought this property through his own money. The sale deed says that Abu Al- Fateh has purchased this property through its own hard earned money and is pure of any evil or vice source of earnings. The sale deed mentions that this money is not taken from the State treasury or from common Muslim funding and his private source of income.

The Minister mentions that this sale deed was documented through a purchase and waiver contract, and payment was made through payment bonds. The document clearly proves that Hagia Sofia a private property with the ownership in the name of Abul Al- Fateh, the Minister said.

He claimed that there exists an endowment in the name of Sultan Muhammad II that is related to ‘Aya Sofia.’ The landlord of the property Hagia Sofia created an endowment and willed the building be made a mosque and the people of Islamic faith can use it as house of worship.

The Minister said these documents are in public domain now and anyone can go through these papers before attacking the Turkish government’s move to reconvert museum Hagia Sofia as Great Mosque of Ayasofya.

The Minister however was silent about the role of Mustafa Kemal Atatürk in converting the Great Mosque of Ayasofya in to a museum. Mustafa Kemal Atatürk and led the foundation of the Turkish Republic in 1923 and he initiated a rigorous reforms that transformed Turkey into a modern, progressive and secular nation-state.

The release of documents by the Turkish government has cleared the dust that had settled over Hagia Sofia. All those who joined the chorus of Clash of Civilization have to shut their mouths, including those in India.

The disclosures of the Turkish Minister has put mirror on those equating Hagia Sofia with the Babari Mosque‘s conversion into Ram temple in Ayodhya. These two are separate matters and cannot be compared but have some food for thought for all.

Babari Masjid was built in 1528 by one Mir Baqi on a land duly purchased by him from his earned money, free from any vice or evil means of earnings. Baqi named the mosque as “Babri Masjid,” the ruler of the day.

The Supreme Court pronounced its judgment in Babari Masjid vs Ram Janambohmi case 2019. The court has admitted that Mir Baqi constructed the Babari mosque in 1528. He did not do by demolishing any Hindu temple.

In spite of all these admissions, the Supreme Court ruled that the disputed property belongs to Hindu claimants because Muslim party has not sufficiently established its claim.

The Apex court of India while giving the disputed site to the Hindu party asked the government to constitute a board that can proceed with the construction of the Ram temple where Babari Masjid stood for nearly 500 years.

This judgment favoring the majority community though defused the highly charged communal atmosphere of the country but left the Muslim minority in despair but even though many felt is a travesty of justice but accepted the judgment as fait accompli for being born in India.

So there is no comparison between Hagia Sofia and Babari Masjid. A mosque is a house of Allah if that is built with due procedure of the Islamic faith and Babari masjid will be remembered as mosque with black judgment on that has made it a Ram temple.