Lucknow: The Uttar Pradesh Police have registered an FIR against two men after they offered Muslim prayer at a temple in Mathura town. Faizal Khan and Chand Mohammed offered prayer and their two friends Alok Ratan and Nilesh Gupta clicked their pictures, which are now being circulated on social media. FIR was filed against Ratan and Gupta as well.

As per reports, the case was filed, following a complaint by the temple server Kanha Goswami against the duo. The four friends reached the temple on bicycles.

The incident took place at around 12:30 pm at Nand Baba Mandir in Nandgaon area on October 29. The FIR was registered on the basis of a complaint filed by Mukesh Goswami, Shivhari Goswami and Kanha on Sunday night. 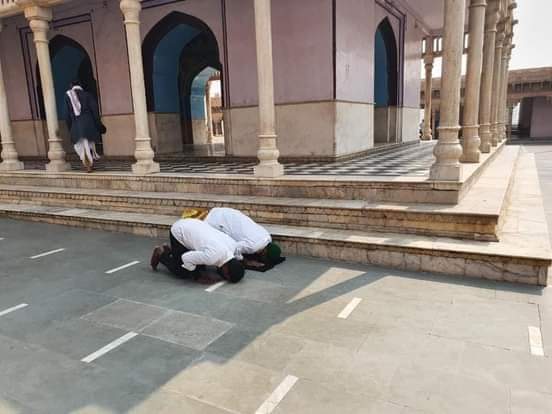 “Their act has hurt the sentiments of the Hindu community…We have a concern that these photographs do not get misused or if there is any foreign funding behind this incident. This should also be probed if this act intended to stir communal tensions,” read the FIR.